Condos in IVORY ON ADELAIDE 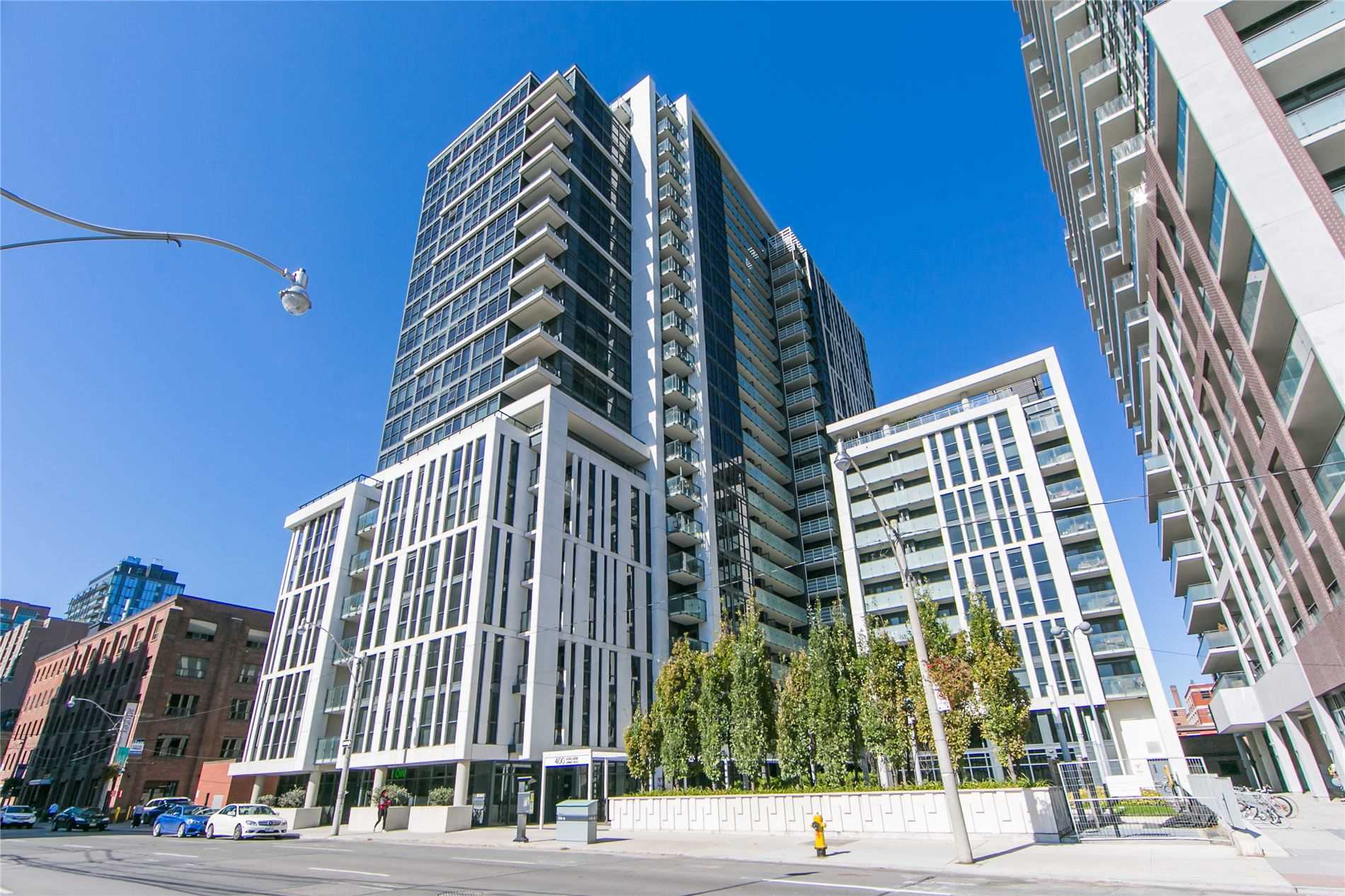 Ivory on Adelaide is a beautiful modern-style building, and its name does it justice. The condos of the Ivory on Adelaide are located at 400 Adelaide Street East. This building stands at only 22-storeys tall, but the exterior is lined with rich touches like glass balconies, stainless steel fixtures, and a modern ivory hue.

Inside this contemporary build is about 350 fully modernized suites, which all feature open-concept layouts and sleek stainless steel finishes. The suite designs offer future homeowners a lot of options. Suite sizes range from 513 square feet to 1,390 square feet. You can choose a homey one-bedroom apartment or spread out in a three-bedroom penthouse—the choice is yours.

With nine- and 10-foot windows, stainless steel appliances, under-mount sinks, granite countertops, and walkout balconies, you will feel right at home the second you walk in the door. You can also expect to see laminate wood flooring and sliding glass doors for a sophisticated touch.

These condos were finished recently in 2015 and designed by the award-winning Hariri Pontarini Architects firm. So while this beautiful architecture will stand out amongst the surrounding brickwork, you won’t stick out like a sore thumb. The Ivory on Adelaide is well placed with the artists of George Brown College nearby. You will be inspired every day in the building that won the 2018 High-Rise Builder of the Year.

The developers did not fall short on the amenities offered here at Ivory on Adelaide. Residents can enjoy their amenities all-year-round, with a fitness centre and a swimming pool. Other amenities include the visitor lounge, media room, and a meeting room if you need to book business events. In suites, you can expect Beanfield Fibre for high-quality streaming.

During the summer, invite some friends over for a warm summer night barbecue on the rooftop deck and garden. Your friends will rest easy knowing that they will be able to use the convenient and ample visitor parking. Additionally, don’t hesitate to book the party room. With its sleek touches, your friends will love hanging out at your new home in Ivory on Adelaide.

In addition to these amenities, residents of Ivory on Adelaide will be comfortable knowing that a 24/7 security system and an on-site concierge is there for their needs. There is also underground parking so you can request a parking spot for your vehicle and know that it will stay safe. These condos come with reasonable maintenance fees, which cover air conditioning, heat, water, parking, building insurance, and common spaces.

The Ivory on Adelaide is located at 400 Adelaide Street East, in the heart of the St. Lawrence neighbourhood. The St Lawrence Market is known for its old town charm because it is the only neighbourhood in Toronto which has maintained many of the structures built in the 19th-century. These buildings have been repurposed into a variety of things, such as condos, markets, stores, workspaces, and social areas.

The Distillery District is the neighbourhood’s most well-known space, which is the location of the city’s Victorian-style industrial buildings declared a historic site in the early 2000s. This is the original site of 47 buildings that made up the Gooderham & Worts Distillery, and it was renovated to be a place for creativity and fostering innovation. Residents at the Ivory on Adelaide will enjoy the charm of the Distillery District during the holiday times, which light up with festivities.

In addition to being so close to much of Toronto’s preserved history, residents at 400 Adelaide Street East are also conveniently located close to Toronto’s downtown core and the functionality of the waterfront promenade.

Sugar Beach and the waterfront promenade is only eight minutes by streetcar from the residences at the Ivory on Adelaide, which stops at Sherborne Street and Richmond Street East every 30 minutes. Homeowners also have convenient access to the waterfront transit, the GO train, the VIA rail, the University line subway, and the UP train.

For places to dine, you are in a prime spot. Just down the street of Ivory on Adelaide is the Petit Dejeuner, the NEO Coffee Bar, and Mangia and Bevi for some tasty Italian. With a walk score of 97 and a transit score of 100, don’t be afraid to venture out. The Entertainment District is just a few blocks south. Grab dinner at The Old Spaghetti Factory before a Jays game or a night out at Ripley’s Aquarium.

Plaza, also known as Pure Plaza, is one of Toronto’s leading developers of condominiums and apartments. With over 19 builds in the Toronto core and an additional seven in the Greater Toronto Area, Pure Plaza understands what needs to be done to make sure that your living space is comfortable and long-lasting while being functional and modern.

Plaza is dedicated to building communities so that residents can thrive. Some of their most notable projects include 50 at Wellesley Station, No1 Yorkville Toronto, Encore at Theatre District, Theatre District Residence, The MET at Vaughan Metropolitan Centre, Plaza Midtown Yonge & Eglinton, Bijou on Bloor, King East Estates and Mississauga Square.