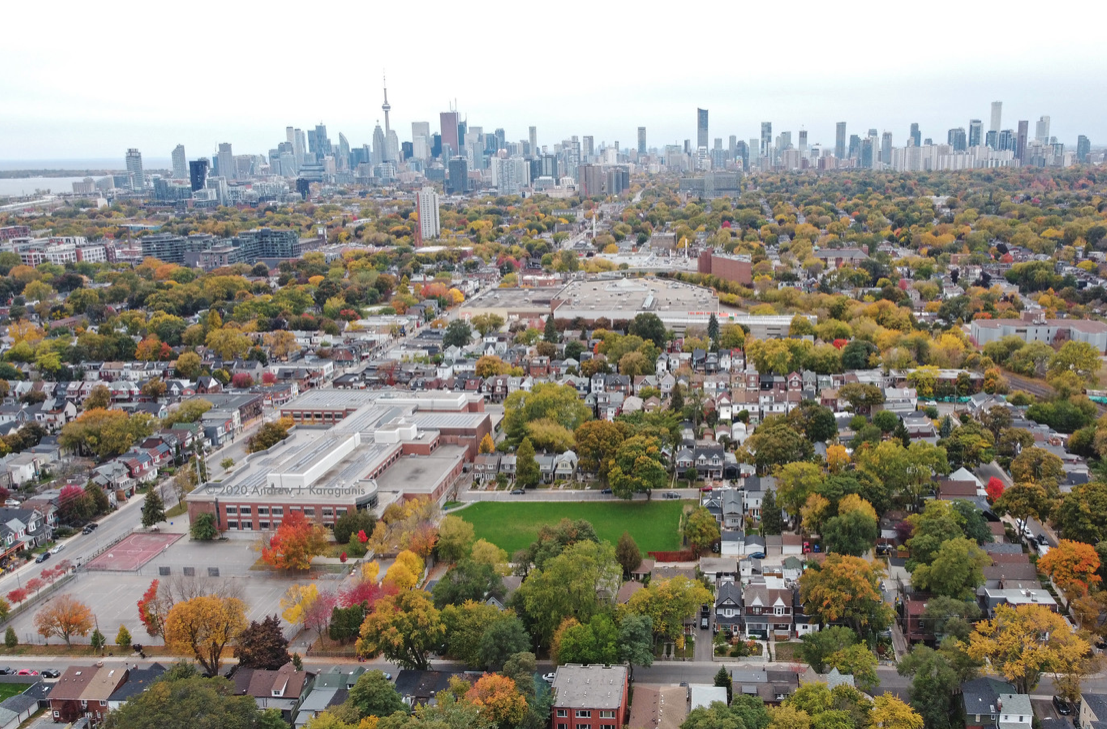 If you’re thinking about moving to Toronto, one of the top 5 cities to live in worldwide, then you’ll be happy to know that there are numerous neighbourhoods to choose from. Outside of the hustle and bustle of the downtown core is the historic-revival village known as Leslieville. A thriving hub in Toronto’s east end, Leslieville is a safe and charming neighbourhood. Originally established in the 1850s as a small village, the neighbourhood surrounded the Toronto Nurseries owned by the town’s namesake Georgie Leslie and Sons.

In 1987, the village experienced a revival. While the nursery and the local brick-making companies were no longer, many locals and immigrants found solace in this quiet, eastern neighbourhood. This is probably because much of the air pollution improved as the area was no longer an industrial-focused neighbourhood.

Moreover, by the 2000s and 2010, Leslieville came into its own after a burst of gentrification. Now, many of the old industrial buildings were renovated into condos. What were once metal processing and tanning were abandoned and the area redeveloped, allowing new residents to enjoy the industrial-style structures and red bricks but in comfortable living spaces.

Given the proximity to the downtown Toronto core and the Lake Ontario waterfront, Leslieville is serene and peaceful. Living on the eastside of Toronto is its own way of life. The eastside neighbourhoods are typically more peaceful than the main city hub and come with their share of history, unlike some of the suburbs which have popped up on the west end.

Therefore, settling into a village-like Leslieville, neighbouring areas like Riverside, the Don Valley, The Danforth, and the Upper Beaches will transport you into a new way of living. Leslieville keeps you connected to pretty much everything – with TTC transit and the Lake Shore Blvd East, as well as quick access to the DVP and the Gardiner Expressway. There are more detached homes in this area, so you will find that the quality of life is improved and the pace is slower.

Settling in Leslieville does not necessarily mean that you should expect a retirement pace. There is plenty of nightlife, arts, eateries, and outdoor activities to keep you occupied for those moments when you don’t want to venture into the city. Landmarks of the city include the Maple Leaf Forever Park, which is also home to the Maple Cottage, former home to Alexander Muir, The Maple Leaf Forever’s composer. Other excursions include the Russell Carhouse streetcar facility (also known as Connaught Barns), Pape Avenue Cemetery, Ashbridge Estate, Gerrard India Bazaar, and a handful of century-old churches.

Leslieville has gone through its bout of changes. The middle-class sensibility remains, even though this area has improved from previously working and middle-class establishments. Film studios have opened in this area, including Cinevillage and Showline Studios. And south of Leslieville, in the Port Lands area, the Pinewood Toronto Studios now resides. If you’re seeking a quieter pace of life with all of life’s simple necessities, then Leslieville, Toronto, is a great spot to be.

So why would you want to move to Leslieville? Like many of the Greater Toronto Area’s outer-suburbs areas, Leslieville comes with its own list of perks. Leslieville is like the Roncesvalles of the East End, in particular, because it allows residents to stay connected to the downtown city core while remaining quaint, quiet, and community-focused. While housing prices increase, there is a low turnover rate in housing, and more families are staying long-term.

A friendly atmosphere while staying connected to the downtown city core? While we think that many of our Toronto neighbours are gems, we also know that city life can be a bit hectic. A quaint village-like Leslieville, located just 20 minutes to Toronto’s Eaton Centre via the 501, gives you the best of both worlds.

Leslieville is just seconds away from both the Danforth entertainment hub and a handful of nature to enjoy. The biking and hiking trails of the Don Valley Parkway to the serene lake breeze at The Beaches Woodbine Park, Woodbine Beach, Ashbridges Bay, the Eastern Beaches, Tommy Thompson Park, the Toronto Harbour Lighthouse, and Cherry Beach.

Bike all-around your neighbourhood – through to the neighbourhood Beaches streets and up the trails of the DVP. If you’re looking for nature, you do not have to go far. Granted, you can always hop on the highways of the DVP and the Gardiner to head out of town. Leslieville residents can stay connected with Leslie Barns, the transit depot, which will connect you to Union Station, including stops along the GO rail and VIA rail. The two Toronto airports, Pearson and the Billy Bishop, are 20 minutes and 10 minutes by car, respectively, or by transit via the UP rail and streetcars.

any of the Leslieville condos, such as Wrigley Lofts and its sister Garment Factory Lofts, will offer new residents this historic appeal. The Wrigley Lofts, which are located at 245 Carlaw Avenue, were constructed in 1998 out of a renovation when the Wrigley chewing gum factory moved its factory to Leslie and Eglinton in 1963. A decade later, the Garment Factory Lofts followed suit, and they did not disappoint. With spacious suites, natural lighting, hard loft architecture, and modern features throughout, these Leslieville condos for sale are a must-have home.  Other desirable Leslieville condos for sale include:

As you can see, many of the condo conversations stemmed from the renovation of the industrial buildings that parcelled the land. Therefore, these homes boast a more forgiving carbon footprint and historic charm.

Leslieville is commonly known as the brunch-spot, where local Torontonians and local GTA residents can enjoy some of the freshest cuisine and good food, even on the east end. Due to its proximity to the Beaches and its quieter pace (and more manageable parking situation), many people head to the east end just for the day trip. Of course, if you live in this area, then it’s all the merrier.

Since much of the food on the east end is rivalling that of the west end diners, many second locations are popping up to cater to this growing “side” of Toronto. Popular spots like AAA and Glory Holy Doughnuts have been some of the top-rated eateries that have opened up second spots on the east end in Leslieville. But, Leslieville has some of its own restaurants, entertainment, and nightlife to be proud of.

The two main stretches for restaurants and nightlife are Queen Street East and Gerrard Street. Good dining spots include The Green Wood, a great Sunday brunch stop. Other restaurants worthy of dining include:

For drinks, stop in at The Comrade, with its brooding Brooklyn-feel interior and popular happy hour, for drinks or head north to Brickworks Ciderhouse for beer bevy alternatives. Saulter Street Brewery is another comfortable spot.

Other posh spots include the boutique hotel rooftop, the Broadview Hotel Rooftop, which showcases 360 views of the Toronto skyline (and Lake Ontario views) as well as flood-to-ceiling windows for chic views even in the winter. If you’re looking for a local cafe, then be sure to hit up the Boxcar Social, which provides top-rated roasters sourced worldwide.

For entertainment, head north to the Danforth Music Hall, which hosts A-rated musicians and artists year-round. While there are lots to see and do in the east end, you’ll always stay connected to the nightlife and downtown scene with the convenient streetcar and Uber connections.