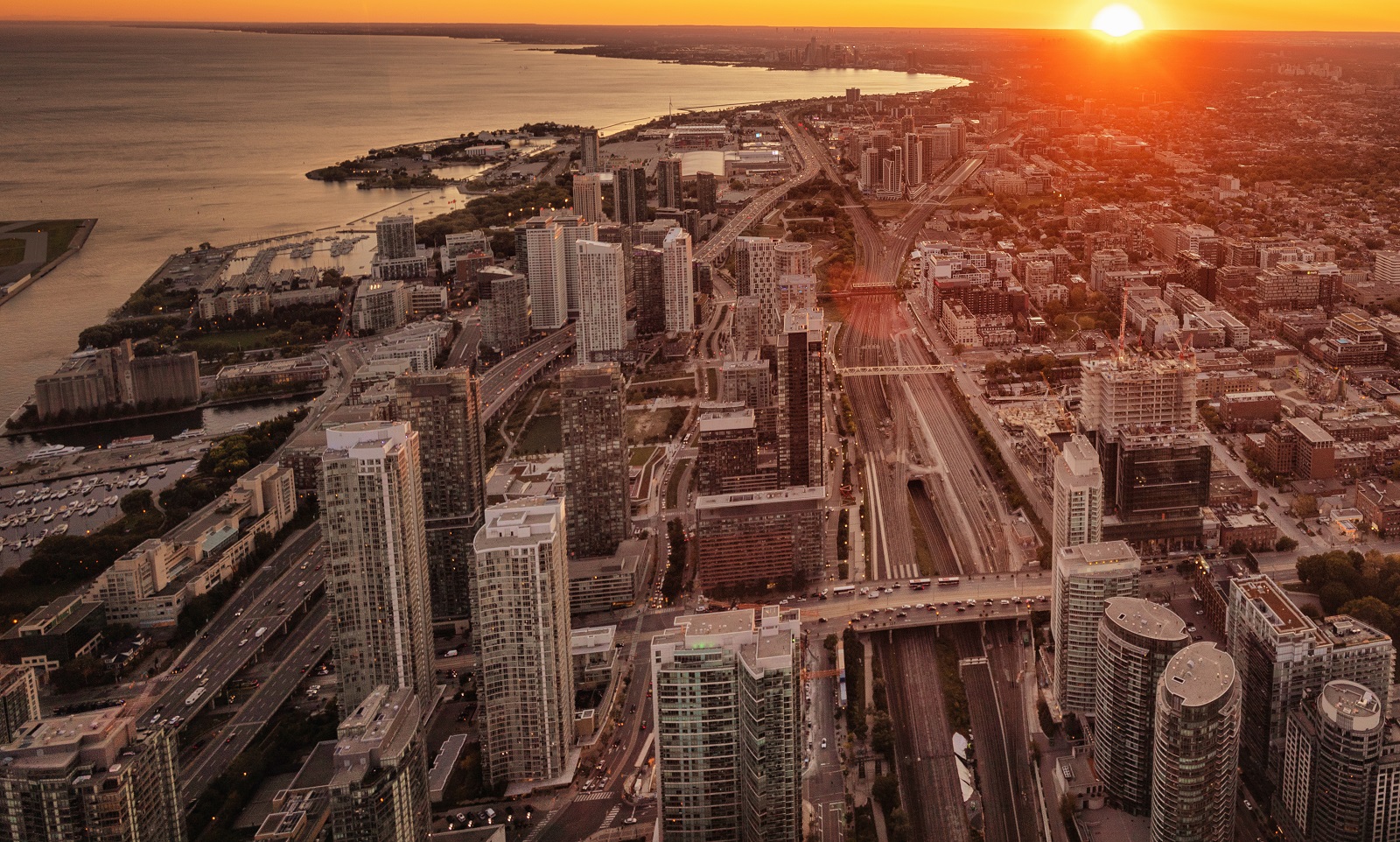 The West Downtown Toronto core is made up of several smaller communities spanning from Parkside Drive on the West end all the way East to Bathurst Street. The five classic Toronto neighbourhoods that make up the West Downtown Core can be best described as the perfect combination of city life and nature. Lined with park lands and trails, this urban pocket of the city has retained much of its original character. We will detail some of these West Downtown Toronto neighbourhoods below.

Located between College Street and Queen Street and East to West between Bathurst and Dovercourt, the location is in prime proximity to the Downtown core. The housing is an even mix of freehold homes and mid rise condominiums retaining Trinity Bellwoods gorgeous views and open cityscape. Also known as “Little Portugal” because of the many Portuguese settlers that opened up local business and raised families in the neighbourhood, the area has a distinct European flare. You will find a plethora of European style cafes and restaurants, patios, mom and pop shops in the neighbourhood. As a family neighbourhood with generations growing up in the neighbourhood, we are seeing renovations and updating of the homes as well as a fleet of contemporary condo developments emerging in this eclectic neighbourhood.

Nestled between High Park and Trinity Bellwoods, Roncesvalles was established as a Toronto neighbourhood in 1880. With deep Polish roots in the neighbourhood, you will notice many Polish delicatessens, restaurants, medical offices, hair and nails studios. The Polish settler’s that shaped Roncesvalles have left their indelible mark on one of Downtown Toronto’s prettiest neighbourhoods. Roncessvale celebrates its rich Polish roots every year in September with the largest Polish Festival not only in Canada, but in North America. There are some fantastic genuine hard loft conversions in ‘Roncy’, as well as some newer mid rise condominiums. We’re big fans of this quaint Toronto neighbourhood.

Easily one of downtown Toronto’s most iconic neighbourhoods, Little Italy is located just West of Kensington Market and steps from Trinity Bellwoods. Another mixed housing neighbourhood featuring turn of the century Victorian style homes, low rise condominiums and hard loft conversions, Little Italy is easily one of Toronto’s most charming neighbourhoods. Bounded by Dundas Street, Harbord, Ossington and Bathurst, Little Italy houses one of Toronto’s most notable strips of restaurants, bars, bistro’s and coffee houses on College Street. Established in the early 1900’s by Italian settlers, Little Italy has a rich history. The famous creator/host of CHIN radio was established by ‘Johnny Lombardi’ in the 1960’s and eventually spawned the CHIN Picnic, a yearly Italian Festival celebrating the city’s rich Italian heritage. More recently there has been an infusion of modern low rise condominiums and lofts developed in Little Italy adding to Toronto’s inspiring streetscape!

Established in 1884, The Junction is a neighbourhood connecting the West End of Toronto to the downtown core. Adjacent to the gentrifying Stockyards District, there has been a lot of new residential development in The Junction, and is one of Toronto’s emerging markets in 2021. There are many pre construction projects launching in the area, and several classic hard lofts. Originally a manufacturing community, The Junction has retained much of its industrial feel, and added a good mix of commercial retail, parklands, and low new condominiums. Walking around in The Junction you’ll find many hip restaurants and lounges including:  The Junction Brewery, The Friendly Thai, Gabby’s on Dundas and Dèco Ristorante Italiano & Wine Bar. Look out for many new condominium projects being developed in the Stockyard District and on St. Clair Avenue West.

One of Toronto’s true landmarks, the High Park neighbourhood is synonymous with nature in the city. It transposes the feeling of living in and around nature for residents and is a respite from the hectic city life. The vibe in the summer time is energetic and oriented to healthy living. Surrounded bv turn of the century Victorian homes, High Park is richly embedded in the history of Toronto. The highlight of the neighbourhood is the sprawling 399 acre park known as the Central Park of Toronto haha! Whether you are taking your fur buddy for a walk, having a late night stroll, or admiring the cherry blossoms in full bloom, High Park is the quintessential destination in Toronto.

More recently High Park has been showcasing a hotbed of upscale condominiums and has become an emerging condominium market in the city. The distribution is a good mix of high-rise and low-rise, retirement buildings and condominiums with a majority of residents being young professionals. Proximity to the downtown core along with the connection to nature is what makes High Park a neighbourhood in high demand for condo shoppers.

Some of our favourite West Downtown Toronto condos include: