LONDON ON THE ESPLANADE

Condos in LONDON ON THE ESPLANADE 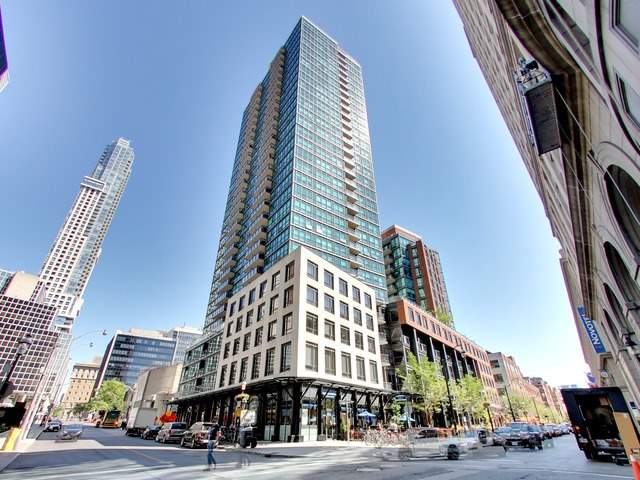 LONDON ON THE ESPLANADE – 1 Scott Street

At the corner of 1 Scott Street and 38 The Esplanade you will find the gorgeous glass towers that are London on the Esplanade. This set of towers, which stand at 33-storeys tall and 15-storeys, are in the St. Lawrence Neighbourhood, steps away from Meridian Hall, Old Town Toronto, and Toronto’s waterfront.

This beautiful set of towers shines a vibrant blue and this is because nearly all of the tower is glad in double-paned glass and steel. At only 10 years old, these flashy skyscrapers stand tall amongst its glossy high-rise neighbours.

In both towers, you can expect suites to be listed as rentable and for sale. Upon entering, residents are greeted with classic black-and-white checkered flooring for a sophisticated, London-style look.

Suite styles and sizes are almost unique, with not many repeating layouts and a wide range of available features. In general, suite sizes start at a modest 298 square feet on the low end, and a luxurious 3,200 square feet on the high end. Out of the 444 units, residents have their pick of a cozy one-bedroom spot or two and a half bedroom condos.

The 444 condos all have high-end finishes, such as sliding, frosted glass separator doors, polished hardwood floors, stainless steel appliances. and floor-to-ceiling windows. One of the best things about the suites here at London on the Esplanade is that some of the units are two-storey, with floating staircases that separate residents from their contemporary kitchen and their spacious bedrooms.

Fittingly, the amenities at London on the Esplanade are top-rated. Even in the heart of downtown Toronto, residents at 1 Scott Street will have access to a social party room and billiard room, a library with WiFi, a movie theatre, yoga studio, shared barbecues, an outdoor garden and rooftop swimming pool, sauna, and a fitness centre.

Guests of London on the Esplanade can also stay in the rentable guest suites and use the convenient visitor parking. Residents park in the security protected underground parking. There is also a concierge upfront to take mail and the entire building is protected by a security system.

Residents here at 1 Scott Street will love what these condos have to offer. Between several high-end amenities, a very liveable area, and sophisticated interior finishes, it is no wonder that the homes at London on the Esplanade are considered one of Toronto’s most loved condos.

London On The Esplanade Neighbourhood

The condos at London on the Esplanade are located in a prime neighbourhood. This residence is at the southern end of St. Lawrence neighbourhood, which puts you closeby to entertainment hubs like the Scotiabank Arena and Steamwhistle Brewery, as well as the excitement of the downtown core. Living here, it’s easy to watch a show at one of the three nearby theatres—Meridian Hall, St. Lawrence Centre for the Arts, and Jane Mallett Theatre. You’re also super close to the Sony, the Tiff Lightbox, and the Royal Bank Plaza.

While the entertainment district is right around the corner, grab dinner just outside your door in Old Toronto. Residents of London on the Esplanade are right next to Bier Market, Oliver & Bonacini Cafe Grill, Yonge & Front, and Goose Island Brewhouse Toronto. Grab a drink at the CC Lounge and Whisky Bar, or some din at C’est What.

You are also close to the waterfront, so a bike ride along the waterfront trail will only take seconds. Enjoy dinner at Amsterdam Brewery or watch a movie down at Sugar Beach.

A home at this location means that residents can commute easily to work since they are just down the street from the Financial District, with plenty of transit options to choose from. This area has a transit score of 100, and residents can connect to anywhere in the city via the King Street streetcar or the subway station a block away. Since you’re steps away from the VIA rail at Union Station, this means that connecting to places outside of the GTA is a breeze—from the GO train to the UP, get out of the city faster.

Cityzen Development Corporation is a forward-thinking and modern development company. With over 30 years of experience, Cityzen is proud of their many development achievements in the GTA, including Backstage, L Towers, Aria, The Shores, The Hemingway, 88 on Broadway and The Essence and the “Marilyn Monroe” Towers. Cityzen works closely with all levels of development to create a build that provides sustained quality of life and enhanced living in the Greater Toronto Area.